Our Next Big Step : The Design Sprint Academy

Libéo becomes the exclusive partner (Quebec and Ontario) of the Design Sprint Academy (DSA) in Berlin! There we have it.
Published in Announcement by Marie-Eve Pageau - September 18, 2018 at 8:00 AM 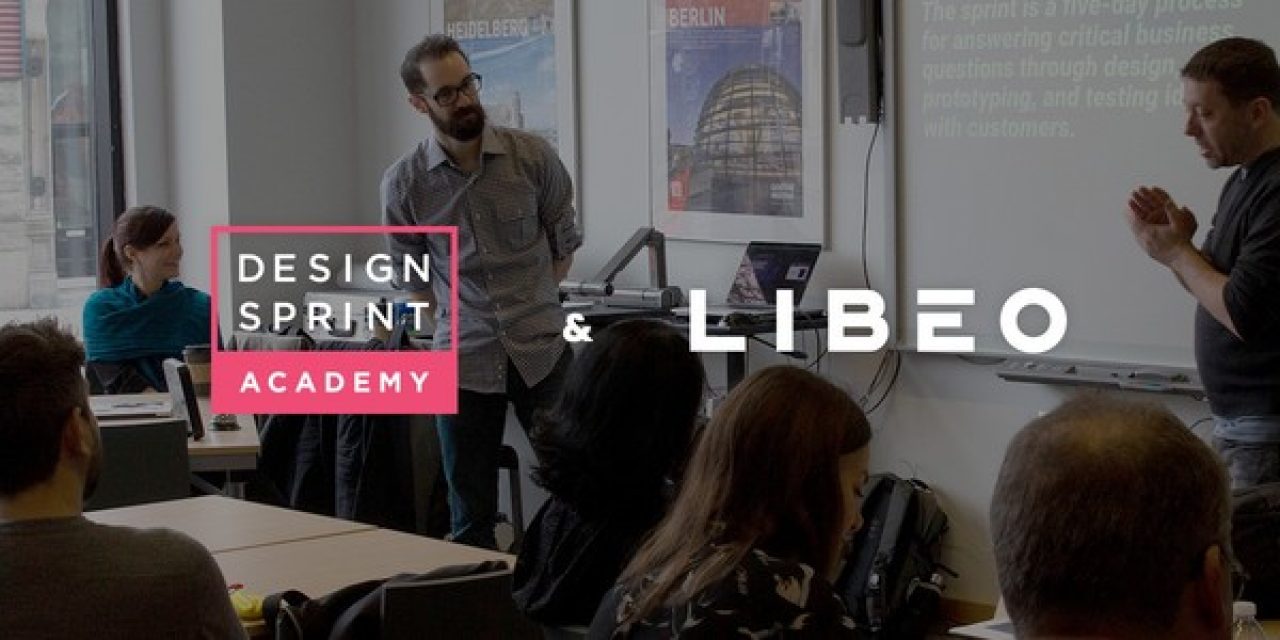 Libéo becomes the exclusive partner (Quebec and Ontario) of the Design Sprint Academy (DSA) in Berlin! There we have it.
Don’t worry, we still have the best digital development team you know, we just decided to share a method that has changed the way we work (for the better), and hope you will benefit from it too.

The DSA is a training and coaching centre that has perfected the Design Sprint method invented by Jake Knapp for Google Venture. Which brings us to …

A Design Sprint is a 1 to 5-day process designed to address business issues through the design, prototyping and testing of ideas with real users.

4 Advantages of a Design Sprint

Too often we have seen digital projects:

We wanted to offer our customers a quick and easy way to make sure their digital projects were successful. And that’s exactly what Sprint Design offers. In addition, the process has been tested and re-tested by the biggest players in the industry. It is a method inspired by cognitive science and refined over time, but flexible enough to respect the unique reality of each of our clients.

We adopted it. We perfected it. And now…

Absolutely! Because we want all organizations who want to innovate and address serious business issues, to also benefit from Design Sprint. It will also allow us to push further our mastery of the methodology. We want to train teams in all business sectors, and therefore adapt the Design Sprint to their reality. We did it with teams in artificial intelligence, finance and retail… who’s next?

The Origins (and this is not a legend!)

In 2011, our colleague Eric took an interest in design thinking as he was developing digital strategies for Libéo. However, it was in 2015 that we really began to talk about the Design Sprint structure. With an orderly and more practical method (which is more like us, let’s face it), he has been given the mandate to do in-house testing, then complete projects with our clients.

Which brings us to today: a team of 4 facilitators. Continuous improvement of our Design Sprint from tests and research. Adapting the process to our customers different business realities. It’s also by sharing with the community of “sprinters” that Eric met John Vetan, the cofounder of the DSA.

Professionally, it’s a match made in heaven! As much for the values ​​(rigour, pleasure, creativity, evolution) as for the personality, our two teams have many points in common! We have made the Design Sprint evolve in the same direction, with some nice advances on both sides, which are quite complementary. So naturally we wanted to get involved in the Academy!

A Few Weeks From Now

Our fall schedule is already full! In the weeks to come: additional training with the DSA team in London and Berlin, participation in the 2018 Sprint Conference at Google in San Francisco, training on Design Sprint to be announced soon. You’ll love it!

Each month, we share our readings about technology and design. Colleagues will be impressed, we promise!

For the seventh year in a row, Libéo has earned a place among Canada’s 500 fastest growing companies.
Published in Announcement by Marie-Eve Pageau - September 13, 2018 at 8:00 AM