Libéo has announced the acquisition of a majority share in Rum&Code, a firm of digital experts based in Shawinigan.

Known as a digital leader in Quebec for 25 years, Libéo has announced the acquisition of a majority share in Rum&Code, a Shawinigan-based company of digital experts that has made a name for itself in web and mobile app creation. The acquisition is aligned with Libéo’s vision of stepping up its regional presence in order to support businesses in their digital growth.

We saw enormous potential in Rum&Code, not only in the talent and skills of its 25 employees but also in its fit with our teams in Quebec City and Montreal. It will be a real pleasure to contribute to the dramatic growth of this company, which was founded by passionate people who dream big and who, with help from our experienced professionals, will have everything they need to achieve their most ambitious goals.

Through this partnership, Rum&Code will benefit from Libéo’s expertise and experience while remaining independent.

We’re excited that we can now rely on the solid strategic and technical support that Libéo offers. The city of Shawinigan is part of our roots and it was very important for the team to stay here on Shawinigan soil. We want to become a major employer in the region and by joining Libéo, that dream can become a reality.

This transaction was Libéo’s first in nearly five years. The previous acquisition of the Montreal-based iTx Technologies in 2017 helped Libéo to begin establishing a presence in the metropolis. It also acquired Infoglobe in 2012. These strategic moves all have something in common: they have helped Libéo to transform, innovate, push the limits of its current field of expertise (the creation of digital products) and diversify its services. Libéo is not closing the door on other potential acquisitions or strategic partnerships aimed at helping startups reach their full potential.

Rum&Code has several achievements under its belt, including the Braincaz software, which was developed in collaboration with a company that goes by the same name and aims to optimize the daily tasks of tax firms using technology. There’s also the Remote Internships platform, which was designed with the thriving company CareerUp and offers online internship placement services. In addition to its services to businesses, last year, the Shawinigan based startup also launched its own software product called CultureGo which makes it easier to create digital experiences in culture and heritage.

It should also be noted that last October, Libéo took a fresh look at its corporate culture and decided to adopt new measures to facilitate working from home and make work schedules more flexible and agile in the aim of improving human resource management.

Made up of a community of over 80 passionate professionals, Libéo unlocks the digital potential of its clients through high performance, durable digital products. On the dawn of its 25th anniversary, the company is widely known for its expertise in co-creating and developing custom applications and software that centre around the user experience. The company is fortunate to have contributed to the success of numerous major clients, including Intact Insurance, the Réseau de Transport de la Capitale (RTC), the Société d’assurance automobile du Québec (SAAQ), the École des Entrepreneurs du Québec, the Grand Théâtre de Québec, Place des Arts and Tourisme Chaudière-Appalaches. 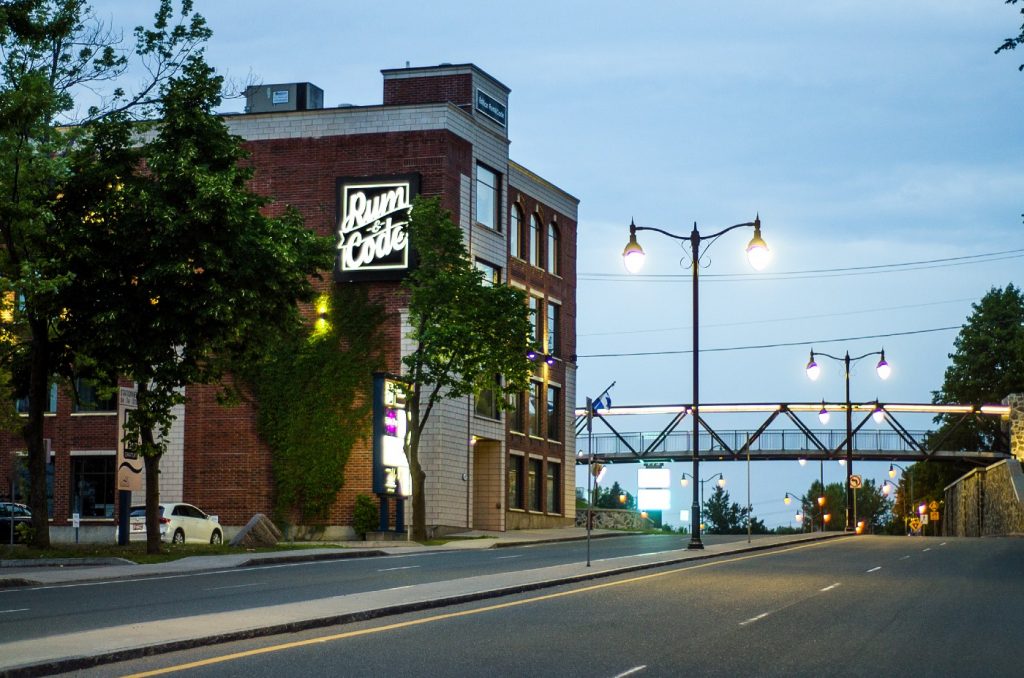 Founded in Shawinigan, Rum&Code is a software engineering firm made up of approximately twenty digital specialists from the Mauricie region and elsewhere in Quebec. It has made a name for itself in creating custom web and mobile applications. With a culture that revolves around enjoyment and excellence, the young company owes its success to its team, which leads each project with passion and discipline. Its mission is to make the everyday lives of companies and their customers easier by providing top quality solutions and software. Rum&Code also plays an active role in its community by supporting the growth of startups and teaching developers from the region.

The digital world at your fingertips

We demystify the digital world for you. Receive a monthly summary of digital news and our in-house content directly in your inbox.